On Tuesday, September 28, 2021 the high school boys attended a funeral service in Wichita Kansas, held for a man who died 70 years earlier in a Korean prison camp. Father Emil Kapaun is the most decorated Military Chaplain in US history, and is the patron of one of the four ‘houses’ at St. Mary’s Academy. Fr. Emil Kapaun’s body, which had been assumed lost since he died in 1951, was recently discovered in Hawaii, and brought back to his home diocese in Wichita Kansas.

On the way to Wichita, the boys stopped at Fr. Kapaun’s home town of Pilsen. The tiny rural town clusters around a large beautiful church dedicated to St. John Nepomucene, a martyr dear to the Bohemians who had settled the area in the 1800s. Outside the church stands a statue of Father Kapaun carrying a wounded soldier, whom he had famously saved from execution and carried along the death march to the prison camp. This man, Herb Miller, was visiting Pilsen when the boys stopped for their visit, and they were blessed with the opportunity to shake the hand of a man who had known the great priest.

The boys attended the funeral vigil and rosary together with the thousands of others who came to pay their respects before heading to the Wichita chapel, where they spent the night. After beginning the following day, the feast of St. Michael patron of soldiers, with a solemn high mass, the boys walked in the military funeral procession to the cathedral of Wichita, where the body of Fr. Emil Kapaun was laid to rest. 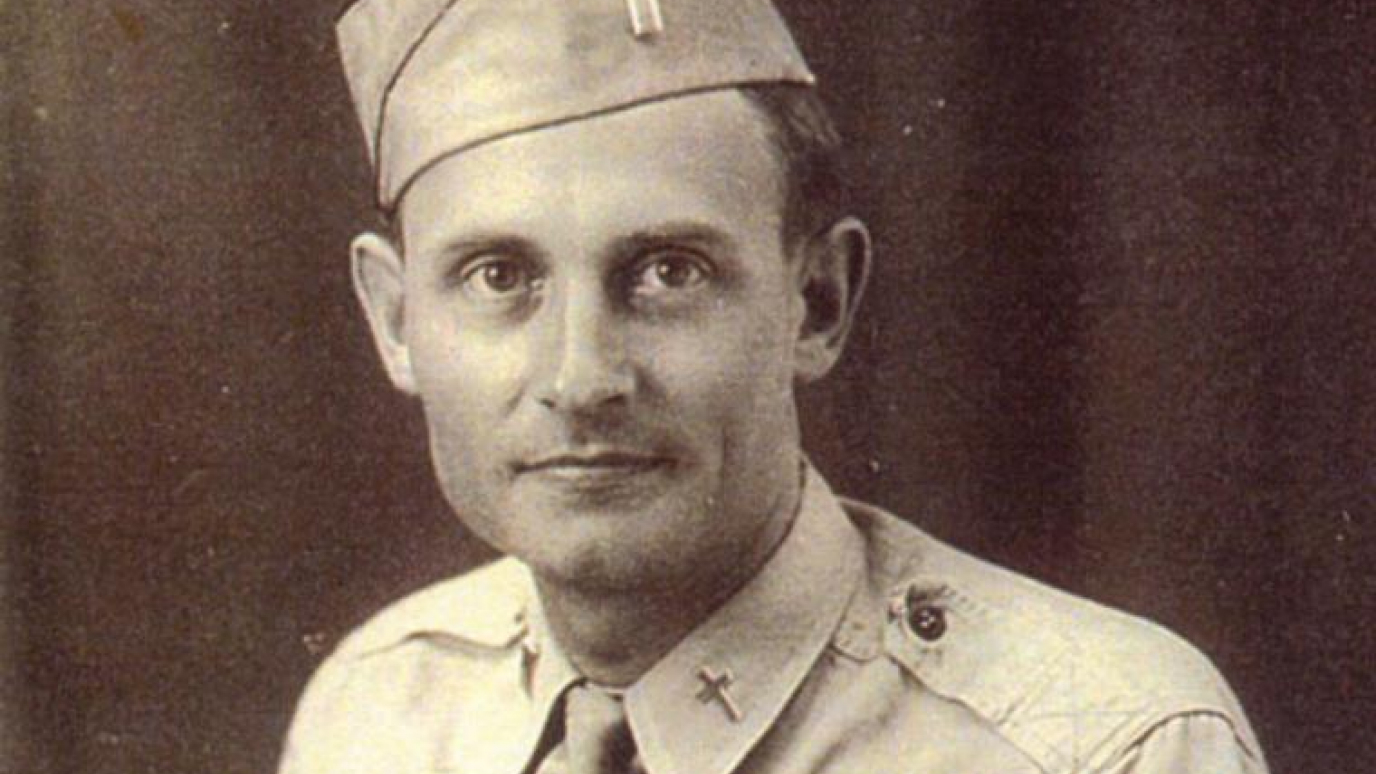