On May 17th, the 5th grade boys took a field trip to St. John Nepumecene Church, the site of Fr. Emil Kapaun.  Here, they heard an inspiring talk on Fr. Kapaun’s life and visited his museum.  The tour was intriguing, filled with stories of this heroic priest’s life.

Emil Kapaun was born in Pilsen, Kansas, only 99 miles from St. Mary’s.  Throughout his life, Emil exuded a willingness to give of himself without counting the cost driven by a burning love for God and souls.  In 1950, he joined the Korean War as a military chaplain.  Even after being imprisoned by the Chinese Communists, Fr. Kapaun gave to his fellow POWs a reason to live in a camp that seemed to be hell on earth.  Expending himself to the utmost, he fell sick.  While being led to the “hospital,” which was basically a death sentence, the men wept bitterly in their grief.

To honor the memory of Fr. Kapaun, the boys’ school holds an annual Kapaun Classic, a riveting baseball game between 5th and 6th grade boys.  This year’s game was an exciting event, held in a steady stream of rain.  The 5th grade prayers at Fr. Kapaun’s site must have reached him, for they claimed victory, with an ending score of 5-4! 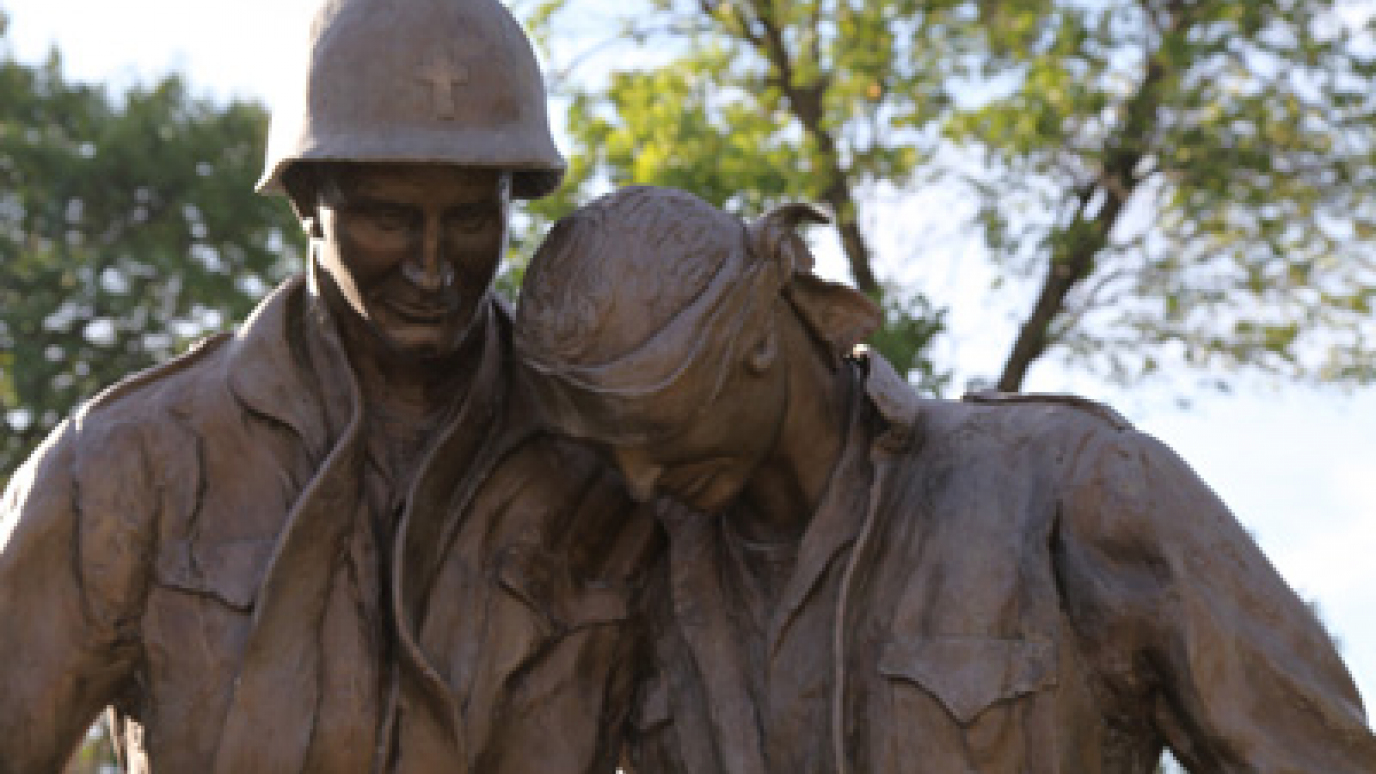